Click here to read the full article. Some people still balk at buying a pair of designer loafers online and relish the tactility of trying a dress on in person; but a $1.34 million jewel encrusted bracelet or Babe Ruth’s 1921 home-run baseball bat just shy of $1 million, all […]

Some people still balk at buying a pair of designer loafers online and relish the tactility of trying a dress on in person; but a $1.34 million jewel encrusted bracelet or Babe Ruth’s 1921 home-run baseball bat just shy of $1 million, all unseen? No problem. The Covid crisis has created many a new world, and buying blind is one of them. For those with deep pockets, the money is still there, and with buyers itching to spend, the industry has adapted fast.

“Our online sales program launched in 2016,” says Brooke Lampley, Sotheby’s vice chairman, where the Cartier bracelet was sold last month. Here, record prices were also achieved for Cognac ($118,580) sold in any auction (including live sales). “What’s new is really the volume and scale of the program: In 2020 to date, we have held 92 online auctions, totaling $150+ million. That’s more than double the number of sales in the same period in 2019, and more than six times the total value. Many sales that were originally scheduled to be live converted to online in the Covid period, which performed better in an online format that it would have in its original live iteration,” she says.

The new format is drawing a different audience. Thirty percent of bidders are now under 40 years old. In some sales this figure has reached 50 percent, such as Watches and Manga. Despite all the online volume, there is still the occasional live auction happening, but they seem almost surprising: Today, for instance, Sotheby’s will present a live auction of the collection of a lifelong oenophile in A Legacy From a Longtime Connoisseur and More, including rarified treats such as a Haut Brion 1989, a Mouton Rothschild 1982 and a methuselah of Domaine de la Romanée Conti 1993 Richebourg.

Bonhams echoes the fact that they have had online sales for a while, however there have been some surprising successes in lockdown. “We held a very successful online-only sale of manuscripts—the first time we have sold manuscripts in that format,” says Patrick Masson, managing director. “This sale made a world-record price for a letter by Wittgenstein and a manuscript comprising Isaac Newton’s thoughts on how to combat the 17th century bubonic plague received worldwide attention.” That latter treasure seems understandably compelling during this 21st century pandemic.

One thing that has facilitated the efficacy of online sales is new technology, says Rahul Kadakia, International Head of Jewelery at Christie’s: “This has played a large part in the rise as photo quality has risen and capabilities such as a 3D-view or video have enhanced how objects can be viewed virtually.”

Dallas-based Heritage Auctions, which sold the Babe Ruth memorabilia, is ahead of the curve and has been online for some time. It now employs 30 photographers and 40 technology staff, to make viewing the goods as real an experience as possible. They have made record sales of over $118 million in the last 60 days alone.

Smaller houses have adapted quickly such as at London boutique auction house, Forum Auctions, who are market leaders in selling numbered Banksy artworks: “The question that has taken center stage as auctioneers survey their post-Covid strategies is whether there is an upper value threshold for online auction buyers,” says Stephan Stephan Ludwig, CEO and founder. ‘The question of buying ‘blind’ with confidence is inevitably complicated, in that a buyer’s confidence is wholly dependent upon their perception of the reputation of the auction house, the nature of the item and quality of online images and condition reporting.”

People itching to transform their overly familiar lockdown spaces have also been prepared to pay through the roof for rarified furniture and accoutrements. Leading online design marketplace 1stDibs has seen a surge in traffic, and big sales. “We’re seeing relationships with spaces changing in quarantine,” says chief commercial officer Cristina Miller. “People are putting more consideration in their interior design, and are upgrading their spaces to better reflect their personal taste, and to accommodate work-from-home and home-schooling needs. That’s translating to record-breaking engagement: site registrations, product saves, and downloads of the 1stdibs app. We’ve seen quite a few pieces selling in the mid-six figure range during the quarantine.” She states that the average distance between seller and consumer is now 2,000 miles.

Some big hitters include an antique piece for $250,000 from a seller in LA shipped to India, a $140,000 piece of jewelry from a seller in NYC shipped to Hong Kong and art from a gallery in Palm Desert for over $225,000 sent to France. Luckily, all can be returned if they fly across the globe and it turns out that the midcentury wardrobe simply won’t make it past the front door.

Wed Jul 22 , 2020
Bronco Ford The newly launched Ford Bronco takes aim directly at the Jeep Wrangler. Both are boxy, off-roading vehicles. The crossover is causing some Wrangler fans to bristle at the Bronco memes showing up in Jeep Wrangler Facebook groups, causing a rift. Visit Business Insider’s homepage for more stories. With […] 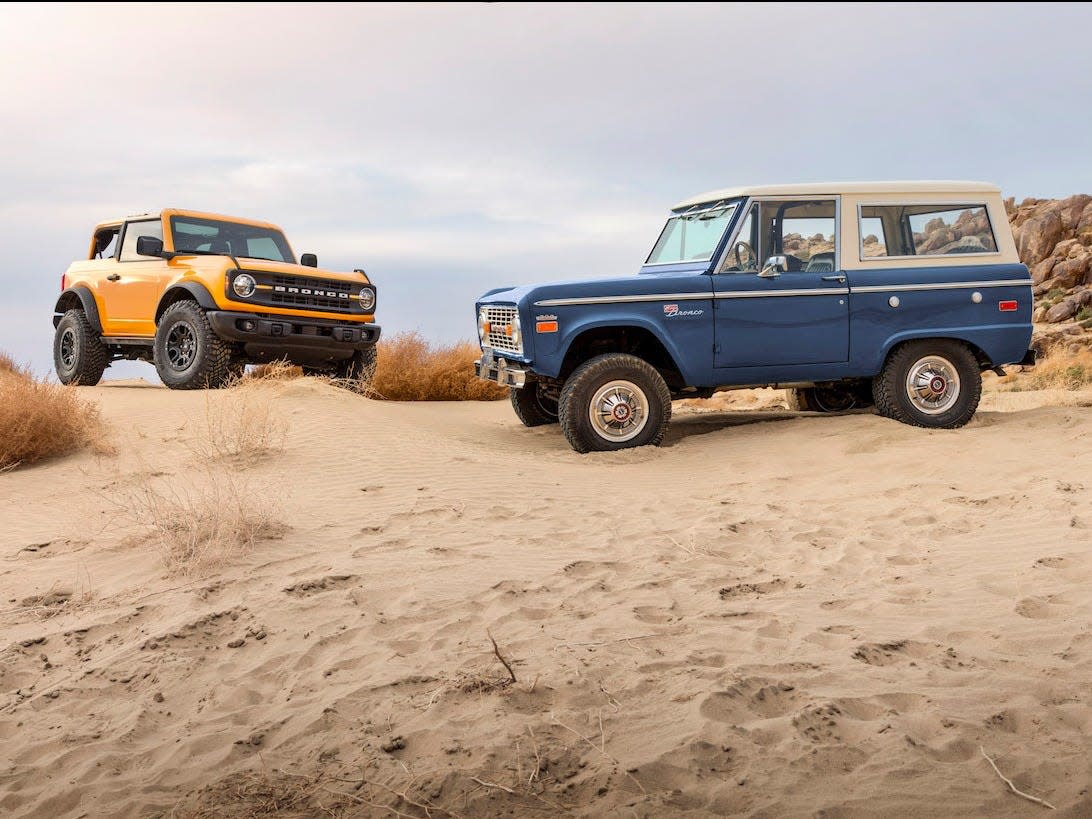