TikTok Before there was TikTok, there was Vine. The American-founded, short-form video app was used at the height of its popularity by more than 200 million people, letting them create seven second looping videos featuring music and comedy. A bit like TikTok.  In January 2017, however, the app met an untimely […]

Before there was TikTok, there was Vine. The American-founded, short-form video app was used at the height of its popularity by more than 200 million people, letting them create seven second looping videos featuring music and comedy. A bit like TikTok.

In January 2017, however, the app met an untimely end after being shut down for good by Twitter, who had bought the company for a reported $30m (£23m) in October 2012.

Three years on from its failed Vine venture, Twitter has found itself in the running to buy TikTok, an app seen by many as a successor to Vine.

TikTok, owned by Chinese technology giant Bytedance, has exploded in popularity with 800m users globally, the vast majority of which are teens flocking to the app for short clips of dance routines and lip-synced comedy sketches.

Twitter’s potential bid comes as TikTok’s future rests on a knife edge. Last week, President Donald Trump announced a US ban on TikTok would kick in on September 15 unless Microsoft or “somebody else” bought it. TikTok is expected to enter a legal challenge against the US executive order in a court on Tuesday.

A deal could value TikTok at around $30bn, one source told The Telegraph. Other estimates have put anywhere between $10bn and $30bn, depending on how much of its international business ends up in the sale. So who are runners and riders in the race to snap it up?

At the head of the pack is Microsoft, which certainly has the firepower to buy TikTok with more than $130bn in cash. But Bill Gates, Microsoft’s billionaire founder, warned in an interview that such a deal would be a “poisoned chalice”. He added that “being big in the social media business is no simple game”.

Over the years, Microsoft has moved away from consumer technology ventures. Its old messaging apps, such as Windows Live Messenger, have been shut down.

While it still has a substantial gaming business with Xbox and Minecraft, many investors see Microsoft’s bread and butter to be enterprise computing, cloud and its Office products. Its deal to buy Skype, the online video chat service, for $8.5bn in 2011 was widely seen as a disaster.

However, buying TikTok would be in line with Microsoft’s stance toward China where the firm has a sizeable presence – unlike fellow US tech heavyweights such as Facebook and Alphabet’s Google which appear to have given up on China’s consumer-facing market with its miscellany of government strictures.

From a technical standpoint actually completing the deal could be hugely complex. Microsoft and TikTok are hoping to agree a deal by September 15, but it remains unclear whether this will only be for TikTok’s US, Canadian, Australian and New Zealand arms, or whether it could step up to buy its full Western business.

And separating out the code of TikTok from Douyin, the Chinese app it was based on, could be another challenge that may extend the timeline.

For Microsoft, therefore, TikTok, may prove an awkward fit.

On Saturday, the Wall Street Journal reported that Twitter was in preliminary discussions with Bytedance to buy TikTok. For Twitter, the hefty valuation on TikTok would make any such deal a stretch in practice. It only has a market capitalisation of $30bn compared to Microsoft’s $1.6tn, meaning it would likely need the support of other investors to complete the deal.

But while Microsoft is still seen as the frontrunner, Twitter’s reported intervention could be a better fit.

“The idea Microsoft would buy wholesale this huge, risky social media service is madness,” says one technology sector advisor. “Twitter makes a lot more sense to me. They have a proactive music and video strategy.”

Although Twitter doesn’t command a warchest of a similar size to $1.5tn-valued Microsoft, the company’s smaller stature could work to its favour if it decides to push ahead with a potential combination.

For one, the company,  is likely to come under much less scrutiny than counterparts like Microsoft, which could face the ire of regulators on the competition front.

However, pulling together a deal would almost certainly require outside capital or debt, according to Neil Campling of Mirabaud Securities.

“It would take a considerable amount of debt or it may well require another company to work alongside it,” he says. “Twitter will only produce, I estimate, around $200m of free cash flow which is tiny in the grand scheme of things.”

Twitter does, however, have some deep pocketed investors. Silver Lake, the private equity fund, invested $1bn in it earlier this year. Activist shareholder Elliott Management, meanwhile, also has a stake.

Finally, there are several financial firms and investors waiting in the wings who could get involved in any plans to separate TikTok’s US entity, if the rescue deal meant it could continue its operations.

And it is not the only player among the runners and riders for TikTok. Two of the biggest investors in Bytedance, the Chinese parent of TikTok, Sequoia and General Atlantic, reportedly expressed an interest in buying it off the Chinese firm.

Sequoia, which first invested in Bytedance in 2014, holds a 10pc stake in the company. It recently raised a record $8bn flagship fund to invest in technology start-ups. General Atlantic, meanwhile, recently raised a $3.3bn fund. The two funds would be able to at least partially fund the deal for TikTok’s US business.

“Sequoia’s pedigree is second to none; they could show they were early investors in companies like Apple, Paypal and Google,” says Mirabaud’s Campling. “The only problem is these firms do tend to quite like to be low-profile whereas this deal is extremely high profile.”

Apple was also pitched the deal, according to one report, but has denied it has any interest. The Wall Street Journal reported SoftBank had considered “throwing its hat into the ring”. SoftBank declined to comment.

For any of the firms involved, a big gamble is just how big will TikTok become. Could this scrutiny derail its international growth entirely, and just how much are they prepared to pay?

“There could actually be several [TikTok rivals],” says one source familiar with Bytedance. “A TikTok-equivalent is being created by Instagram. Possibly another by Snapchat. It is hard to give a value to TikTok one in the US, and TikTok two outside of it.”

With so much complexity and risks, only a firm with as much cash as Microsoft may be able to take on the deal. Its talks with TikTok are, so far, the only ones that apparently have the say-so of the US President. With a deadline of 20 September to get a deal done, any gatecrashers had better act now.

Mon Aug 10 , 2020
Duke Realty Corp. DRE has been witnessing solid demand for its logistic facilities in the Nashville metro area. The company recently clinched a lease deal for 207,518 square feet of space in Park 840 West 14840 in Lebanon, TN, with the returns technology company Optoro, Inc. With the latest lease, […] 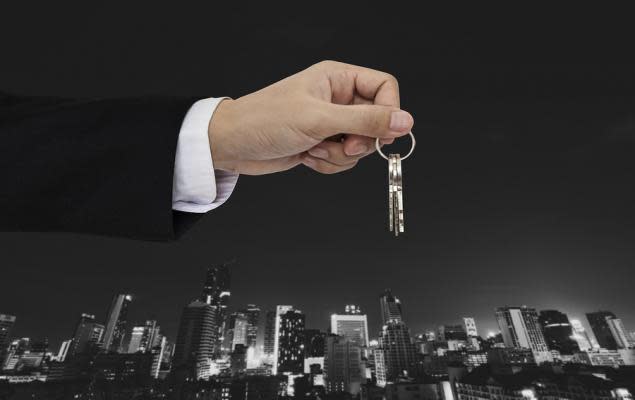