It’s Saturday evening in London, and I’m house shopping in Dublin, thanks to a virtual-reality headset. Temporarily forgetting she is sitting beside me, I shout to my wife: “I’m in the children’s bedroom.” We can’t go to the Republic of Ireland ourselves to do this. Travellers from Great Britain need […]

It’s Saturday evening in London, and I’m house shopping in Dublin, thanks to a virtual-reality headset.

Temporarily forgetting she is sitting beside me, I shout to my wife: “I’m in the children’s bedroom.”

We can’t go to the Republic of Ireland ourselves to do this. Travellers from Great Britain need to restrict their movements for a fortnight, so nipping over and back is off the cards.

But I can take several paces through a virtual seaside flat in Dublin’s Dún Laoghaire, while based in our south London home.

Circles appear on the floor of the Dublin flat and, using hand controls, I can glide between them and explore.

Standing in each circle, I can peer up, down, whichever way I like. It is immersive and I feel as though I’m there, even if moving about feels a bit like using Google Street View.

Welcome to house shopping in the age of coronavirus.

It’s not for everyone as, at the moment, house hunters have to use their own headsets.

But Giles Milner, marketing director at estate agent Chestertons, says he will sometimes send buyers headsets for new-build properties, if a development has multiple near-identical apartments with some still being built.

“Developers are often selling off-plan, and it’s hard to sell a product just on a 2D floor plan,” he says. “So developers these days have virtual tours budgeted in from the start.”

Once you have a headset, it’s a fairly simple process to find a virtual property on the estate agent’s website, using a hand controller to work a virtual keyboard.

It’s still a fairly limited option, at the moment just 8% of Zoopla’s listings have an option for a virtual tour.

But Zoopla says there was a surge of activity during the first month of lockdown, when virtual reality (VR) viewings of new-build properties tripled.

Much of the technology has existed for three to four years but there hasn’t been much incentive to use it, according to Miles Shipside, co-founder of Rightmove, a FTSE 100 company and popular UK home sales and rental website.

But during lockdown buyers were unable to visit properties, which gave the technology a big push.

Estate agents used to “take an hour of your time, go round in the car, and show you five two-beds in Putney, but now we wouldn’t be doing that,” says Guy Gittins, managing director at Chestertons.

Virtual reality offers greater detail than the traditional photos on a website. It also saves time for estate agents and is safer for everyone: “The last thing you want is for your staff members to get struck down with Covid-19,” Mr Shipside says.

Growing adoption of VR viewing also makes life easier for clients moving internationally, when travel back and forth is hard.

Buyers from mainland China looking at homes in Singapore have to observe the country’s strict fortnight quarantine on nearly all arrivals.

One large company in VR property technology, Silicon Valley’s Matterport, started in 2011 with a motion-and-depth sensor from Microsoft’s Xbox.

“It would sit on your television and track your motions, letting you play tennis without a controller in your hands,” says chief executive R J Pittman.

He says Matterport then re-engineered this into a camera which “for all intents and purposes could see in 3D, collect spatial data, and create a digital twin of physical spaces”.

Offering these digital twins as virtual walkthroughs for the property business quickly emerged as the technology’s main commercial use.

“We think that industry’s due for an upgrade,” Mr Pittman adds.

The newest development is letting users make virtual twins of their property using a smartphone, instead of an expensive 3D camera.

In May, earlier than it had planned because of coronavirus, they launched Matterport for iPhone.

Artificial intelligence (AI) stitches together smartphone photographs into a full VR model, by using as training data “the millions of buildings the system has already scanned, and looking back and learning from all the previous digital twins it has created”.

Mr Pittman says this lets the AI “get around a property and build the model, predicting the 3d geometry”.

Other software, like the Unreal Engine, originally written for video games, lets immersive models mimic light in different seasons and times of day.

It means you can stand in your garden in each season and see if your vegetable patch is going to go mouldy.

It helps that VR headsets are growing more widespread during the coronavirus outbreak.

Standalone headset sales are expected to rise 22.5% in 2020 to a global 2.8 million, says International Data Corporation, a Massachusetts-based US market research firm.

At the other end of the market, Google Cardboard kits, costing about $5, concoct a headset from folded cardboard, a smartphone, simple lenses, and fasteners.

“Once they become like glasses I think they will become mainstream,” he says.

You can also go round the virtual models using a computer or smartphone screen.

A coming use of all this technology is letting prospective sellers find their property’s value without estate agents visiting.

Another will be letting possible buyers see a property “as if it had their furniture already installed in the home,” says Mr Pittman.

Scanning your house and then identifying furniture and other home contents is not a difficult task for AI, he adds.

Having this record of your property’s contents and their condition is “especially beneficial if you ever have to submit an insurance claim – for something stolen, or fire or flood damage”.

Another use will be in getting quotes from builders.

Instead of contractors measuring and taking photos, going away and coming back with bids, a digital twin could instead let more contractors bid on the work – giving power to the homeowner.

Mr Gittins of Chestertons predicts that estate agents may” change forever from this point”.

And maybe not just buying and selling property, but insuring it and getting in the builders, too.

News from around our 50 states

Tue Aug 4 , 2020
Alabama Montgomery: A program to aid families with students who are limited to distance learning this fall because of the coronavirus pandemic will provide $100 million for increased internet service, according to the state. Vouchers, which will help pay for the cost of equipment and high-speed internet service through Dec. […] 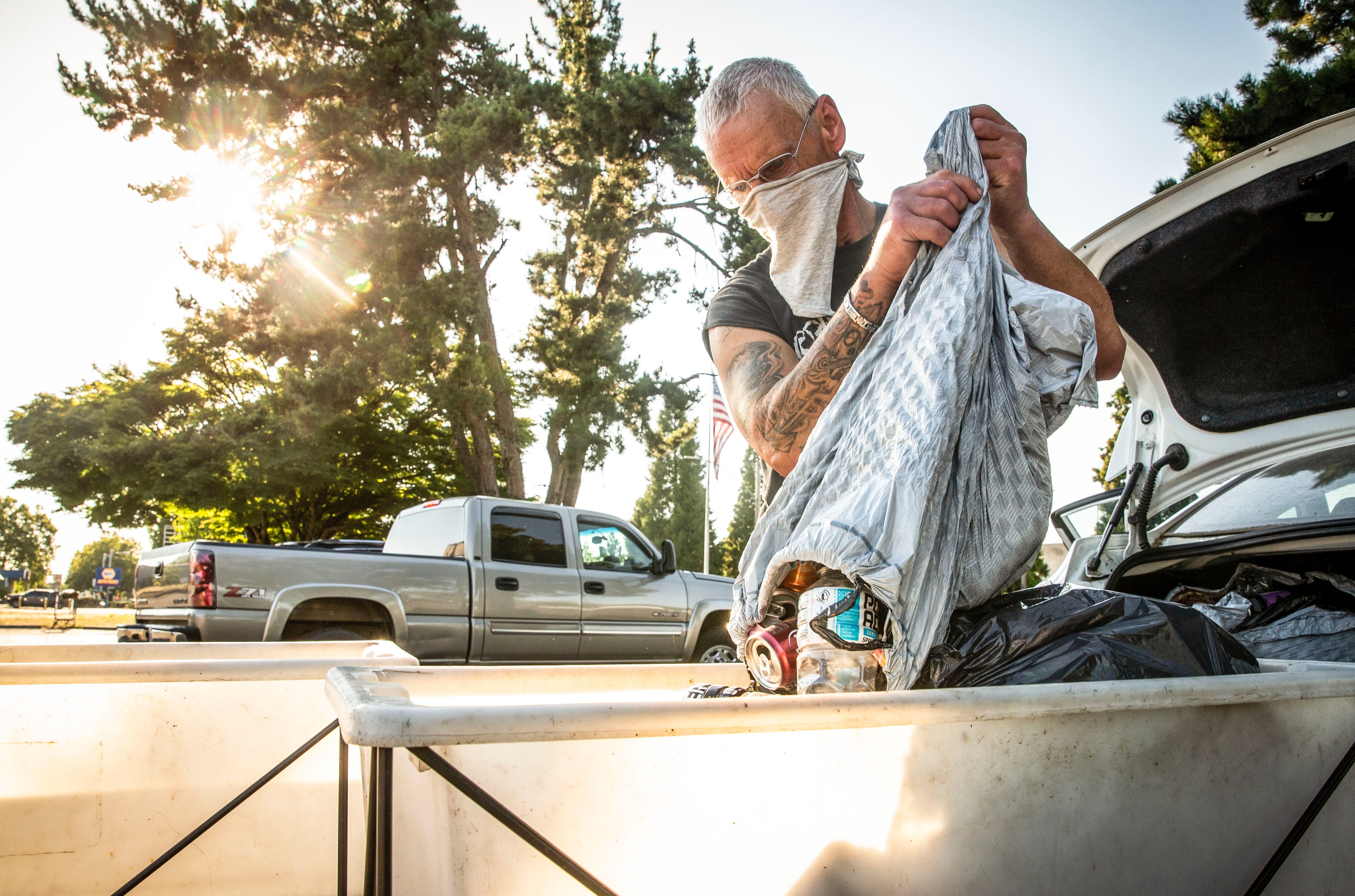