This feature is part of the ADA 30th Anniversary series, which marks the 30th anniversary of the Americans with Disabilities Act, civil rights legislation which prohibits discrimination based on disability, provides accommodations for employees with disabilities, and requires public spaces to be accessible. The coronavirus pandemic has disrupted lives around […]

This feature is part of the ADA 30th Anniversary series, which marks the 30th anniversary of the Americans with Disabilities Act, civil rights legislation which prohibits discrimination based on disability, provides accommodations for employees with disabilities, and requires public spaces to be accessible.

The coronavirus pandemic has disrupted lives around the globe. But for people with disabilities, making adjustments like wearing a face mask, avoiding public transportation or ride-sharing apps, pivoting to teleconferencing and isolating at home aren’t mere inconveniences; they’re huge obstacles.

“And of course, I want them to and they have to,” the 30-year-old clarifies — but adds that, unless a mask is clear, it makes lip-reading impossible and obscures many of the facial expressions she relies on during an interaction.

“Facial expressions would tell us their feelings and tones as we do not hear or cannot decipher the voice tones,” Valle explains. “Other than body language, they’re the visual cues that we need.”

As a workaround — and to avoid awkward encounters, like the recent one with a grocery store cashier whose verbal instructions over a malfunctioning credit card machine she couldn’t understand — Valle has taken it upon herself to create various conversational templates in the Notes app on her phone, so she can have ready-made responses at hand.

“I now rely fully on typed communication while going out,” she says. “I also initiate gestures to see if they’re able to gesture what they’re trying to tell me. Sometimes they do, sometimes they don’t.”

Emma Faye Rudkin, the founder and executive director of the Texas-based nonprofit Aid the Silent, says that the “deaf ‘voice’ is being left out of major decisions for our communities” during the pandemic — something she finds “ironic” given that the timing coincides with the 30th anniversary of the Americans with Disabilities Act (ADA).

“All of the sudden communication and any human connection have been taken from me,” says the two-time former Miss San Antonio. The 24-year-old Rudkin, who has been deaf since contracting a virus at age 3, has been deemed an essential worker thanks to Aid the Silent’s health and educational projects for deaf and hard-of-hearing youths. But for personal appointments and errands, she is currently dependent on having a family member or friend serve as a translator because she can’t rely on her usual technique of lip reading.

Rudkin, who uses face shields and clear-paneled coverings that maintain some visibility, tells Yahoo Life she’s “terrified and anxious to run into masked individuals whom I cannot understand.” She says the lack of independence is “really debilitating” and detrimental to her quality of life.

Like Valle, Rudkin has had frustrating, anxiety-inducing encounters with masked grocery store employees — to the point that she’s even gone to bed without eating.

“This pandemic has completely stripped away my freedom as a deaf person,” she says. “I have horrible anxiety to go grocery shopping, which poses a problem frequently. I have had many nights I’ve given up on going out to get dinner or food because I emotionally and mentally cannot handle the stress and have gone to bed hungry and defeated.”

Both Rudkin and Valle have struggled with appointments during this time, from having to ensure that a telemedicine session is equipped with an ASL interpreter, to getting pushback for showing up with another person serving as translator. Rudkin feels that the constantly shifting mandates brought on by the pandemic — for example, a doctor’s office requiring patients arrive solo — have superseded her rights as person with disabilities.

“The Americans with Disabilities Act does not lapse because we are in a pandemic,” she says. “The mandates do not supersede the ADA. If a professional or employee tells a deaf person or a person with disabilities that, they have to remember their rights!”

The need to effectively communicate with health care professionals has taken on a new urgency during the pandemic, according to Jack Clevenger, an advocate for the deaf and hard-of-hearing community in Prescott, Ariz. In April, a health scare — which turned out to not be COVID-related — saw Clevenger, who uses a cochlear implant, have difficulty communicating with the masked EMS workers who came to his home. He’s now advocating for first responders to carry tablets equipped with the Google app Live Transcribe, which transcribes real-time conversations; so far, paramedics at his local fire department in Prescott are following suit, and others in his community have responded positively.

“They are individuals who need to get their medical concerns addressed and communicated accurately just the same as for hearing individuals, especially when it is a serious health issue or medical emergency,” Clevenger tells Yahoo Life. “To not communicate effectively puts one’s life in jeopardy and is a threat to one’s life. So often as it happened in my life, the medical professionals have unintentionally ‘marginalized’ me because it was assumed that I would not be able to understand what they were saying to me and because it took too much effort and ‘they don’t have the time.’”

Matt Maxey, whose DEAFinitely Dope service makes hip-hop music accessible to deaf and hard-of-hearing audiences through ASL, says that the mask barrier can be “frustrating.” One way others can help, as he suggests in the Yahoo Life video above, is to use gestures even if they aren’t familiar with sign language.

People with other disabilities have also found themselves being overlooked when it comes to accessible communication during the pandemic.

Jose Lopez Masso, a Florida attorney and advocate for the Lighthouse of Broward nonprofit, lost his sight in 2002 following a surgery to treat glaucoma. Lopez Masso says that many pandemic mandates in public places — such as policies on masks — are communicated via graphics and signage, without Braille or audio options. “There are people that are not able to see the pictures,” he notes.

Social distancing has also caused issues, making it more difficult to get assistance from strangers.

“Regardless of COVID-19 social distances … right now as a blind person, you still rely on social contact,” he tells Yahoo Life. While he wouldn’t necessarily expect a stranger to offer their arm while crossing the street during the pandemic, Lopez Masso says sighted people seem less likely to intervene with helpful instructions. “Just talk to us,” he says.

It’s just one facet of the isolation those who spoke to Yahoo Life have experienced during the pandemic, whether from communication barriers, the inability to safely access public spaces or, in the case of 11-year-old Ethan LyBrand, separation from classmates and friends. An ambassador for the Muscular Dystrophy Association (MDA), LyBrand was diagnosed with Duchenne muscular dystrophy just days before turning 2. While he’s recently been able to attend MDA’s virtual summer camp, the youngster says he misses socializing with others in person.

“It’s honestly just the social aspect about it all that really is it for me,” he tells Yahoo Life, adding that he hasn’t been out in public since his family began quarantining in March.

Karen Roy, who has used a wheelchair since being paralyzed from the waist down due to a gunshot wound at age 19, agrees that getting out and about — an already complicated activity during the pandemic — is especially complicated for wheelchair users, or for disabled individuals considered to be medically vulnerable.

“The isolation became really difficult,” the 2019 Ms. Wheelchair America tells Yahoo Life. “For us, there’s a lot more to take into consideration than just wearing a mask and trying to keep your hands clean, because our wheelchairs touch the floors. We are touching our wheelchairs. There’s always that extra fear of picking up the virus.”

Ryan Honick, a public speaker, disability advocate and wheelchair user who was diagnosed with cerebral palsy at birth, says he’s restricted his outings to errands that he considers an “100 percent absolute necessity.” Honick relies on ride-sharing services to get around, but the exposure to a driver unknown to him puts him at a “double risk,” he says. He’s also concerned about the kind of medical care those with comorbidities will receive compared to other patients, should they test positive for COVID-19.

While Honick says the societal pivot to remote work and virtual meetings — which, he notes, the disabled community has long been pushing for, only for it to become mainstream “now that the masses need it” — could be a positive development for people with disabilities. That said, more work needs to be done to ensure that online communication, from telemedicine appointments to virtual events, doesn’t treat those with disabilities as an afterthought by not including translation services or captioning.

Storm Smith, a producer and advocate for accessibility, appreciates the convenience of online meetings, but, as a deaf person, finds them physically draining as they require her to quickly and constantly scan closed captioning.

“A person who is hearing, they can just have their AirPods in and, you know, they can be distracted and walk away and respond without having to look at the video,” she explains. “For me, I have to watch the video to make sure that I am getting the information … I get fatigue on top of the mental exhaustion.”

She’d like disabled people to be part of the process to make technology and public spaces more accessible and inclusive. Honick agrees.

“Disabled people … offer a unique perspective, especially as we grapple with all things COVID,” he says. “The support of allies is so important in amplifying our stories. Too often, well-meaning allies believe that their association with the disability community is the same as lived day-to-day experience, and it’s quite different. Allow disabled people to lead the conversation, and lift them up.”

Fri Jul 24 , 2020
Consumer Reports has no financial relationship with advertisers on this site. For parents, the COVID-19 pandemic has made back-to-school plans for their children particularly stressful this year. Many school districts are combining in-class and online learning, which means kids’ schedules will be even more hectic than usual. Parents, then, will […] 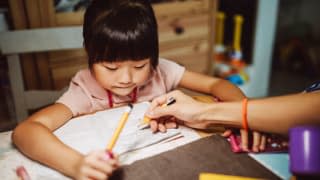