The November election could prove to be one of the most controversial ever when it comes to the American presidency. President Donald Trump is already sounding off that the election is ripe for fraud, with him questioning the reliability of mail-in ballots. Worth noting is that on a national basis, […]

The November election could prove to be one of the most controversial ever when it comes to the American presidency. President Donald Trump is already sounding off that the election is ripe for fraud, with him questioning the reliability of mail-in ballots. Worth noting is that on a national basis, President Trump trails in the polls less than three months before Election Day. In the event trends continue and presumptive Democratic nominee Joe Biden wins the election, President Trump is setting the stage to contest his defeat, unless the results are resounding.

In this environment, many noted CEOs and other wealthy corporate executives are supporting candidates and causes with significant amounts of money. To unearth the identities of the biggest donors, GOBankingRates analyzed data from the Federal Election Commission to tally up the amounts donated by prominent corporate figures to various political causes. Results have been presented in reverse order, with the largest donor revealed last.

Both Republicans and Democrats are represented on the list, which includes prominent names such as Warren Buffett, Dana White, George Soros and Michael Bloomberg. The top donor? A CEO who has given more than $34 million to his chosen candidates and causes.

If you like to vote with your wallet, a run through the list might give you some ideas about which companies to patronize and which to avoid. For example, if you’re left-leaning, you might consider stepping back from Budweiser beers; the patriarch of the family that started the Anheuser-Busch brand donates heavily to Trump. Similarly, right-wingers might shy away from games produced by Zynga as its chairman and founder is a big donor to Democratic causes.

Whichever side you support, there will be a lot of information to absorb before the Nov. 3 election. In particular, keep your eyes and ears open for news about the debate over mail-in voting, which likely will reach a fever pitch and could affect the way you cast your ballot.

Up Next: Where 51 CEOs Went to College

Check Out: 48 CEOs Taking Pay Cuts To Help Their Companies Survive the Coronavirus

Read: The Most Outrageous CEO Salaries and Perks

Photo disclaimer: When CEO photos were unavailable, photos representing their business/industry were used instead.

Methodology: GOBankingRates used Federal Election Commission (FEC) data to discover which CEOs are pouring their money into the 2020 election season. With the parameter in mind that an individual had to be a CEO, Executive, President or Chairman of a company to be considered, GOBankingRates used the FEC’s data to collect the following information on the CEOs donating to political causes: (1) name of contributor; (2) job/position; (3) name of company/employer; (4) total donated from 2019 through 2020 to FEC reporting political groups/candidates; and (5) a list of major groups/candidates donated to. Only groups/candidates that must report data to the FEC were included in this study. Vox’s “Silicon Valley pours money into Biden’s campaign — and snubs Trump’s” was used to jump-start the sourcing of CEOs. All data was collected on and up to date as of Aug. 3, 2020.

This article originally appeared on GOBankingRates.com: See How Much Money Warren Buffett, Dana White and 35 Other CEOs Are Pouring Into the Election

Thu Aug 13 , 2020
By Scott Murdoch, Kane Wu and Julie Zhu HONG KONG (Reuters) – The U.S. government is threatening to delist Chinese companies that do not meet U.S. accounting standards, but mainland firms are rushing to offer their shares on New York exchanges, sometimes in blockbuster deals. Despite the threat and rising […] 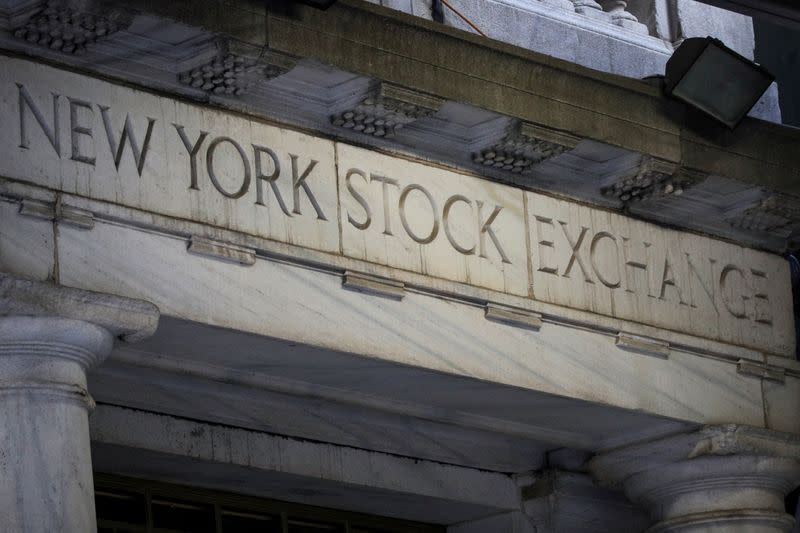