An election observer cleans voting booths during the Democratic presidential primary election in Kenosha, Wis., on April 7. (AFP / Getty Images) To the editor: As the L.A. Times reports, months ago the House approved $3.6 billion in aid to help states deal with the expected flood of mail-in ballots. […]

To the editor: As the L.A. Times reports, months ago the House approved $3.6 billion in aid to help states deal with the expected flood of mail-in ballots. That aid has stalled in the Republican-controlled Senate. (“Trump can’t postpone the election, but officials worry he and the GOP could starve it,” July 31)

Associate dean at Loyola Law School Justin Levitt states that considering the trillions Congress is spending to shore up the economy, it is “bewildering” that the Senate is balking at approving the money needed to keep our elections functional.

Bewildering? Not when you acknowledge that the president and the Republican Party are doing everything they can to suppress mail-in ballots, fail to fund the U.S. Postal Service and generally make the most cherished right we have as Americans, the right to vote, as difficult to exercise as possible.

It is anti-democratic, and it cannot stand.

To the editor: First the pandemic threatens the lives of people who show up at polling places, and now we learn of the impotence of the postal service to deal with piles of last-minute mailed-in ballots.

Which malady is the more pernicious threat to a healthy democracy? I submit that it is the persistent, pathological procrastination by potential voters, coupled with decision-making paralysis suffered when faced with a panoply of candidates, propositions and referendums.

My advice to the well-meaning electorate: Get a grip (grab your ballot as soon as it appears in the mail), choose your battles (you can ignore people or issues you don’t understand or care about), mark your ballot (even if it’s only for one person or thing), and drop it in the mail box — immediately. The survival of our nation is on the line.

To the editor: Universal voting by mail (VBM) would entirely eliminate voter suppression. But as this article points out, VBM has an enormous cost in both time and treasure.

On the other hand, online voting has no such costs or problems while delivering the same level of access, convenience and safety as VBM, but with zero delay and practically for free. Online voting is the future of California elections. I wish we had it now.

Well, five other U.S. states do. They have used safe, secure online voting in limited ways in the past four years.

The last to do so, Montana, used advanced mobile voting software from Votem, one of several U.S. companies offering secure blockchain-based online voting solutions. Another company, Follow My Vote, has recently submitted a patent for anonymizing technology.

We now have the technology to secure online voting. If only we had the will.

Tue Aug 4 , 2020
An open Aug. 18 primary with no Republican candidates running will decide which Democrats will represent House District 107 and House District 108 in northern Miami-Dade County. Two Democrats are seeking to replace term-limited incumbent Barbara Watson in House District 107, which runs from North Miami to Miami Gardens. And […] 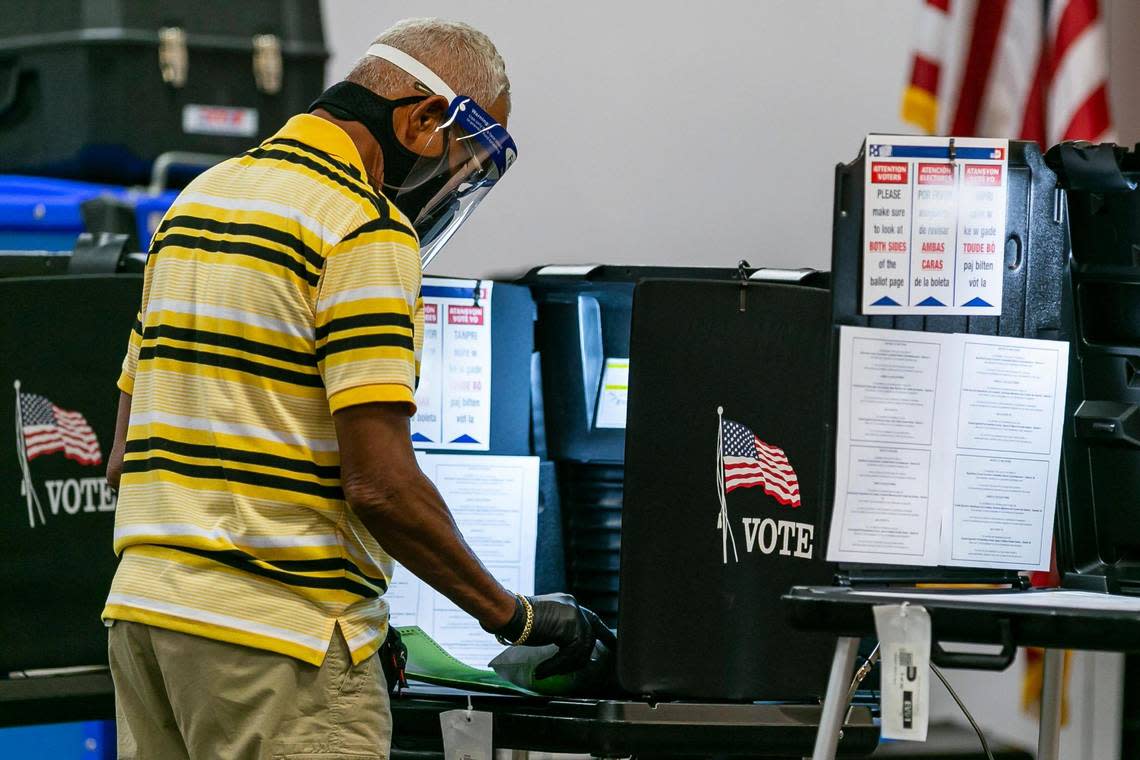