It has been about a month since the last earnings report for Regions Financial (RF). Shares have added about 9% in that time frame, outperforming the S&P 500.

Will the recent positive trend continue leading up to its next earnings release, or is Regions Financial due for a pullback? Before we dive into how investors and analysts have reacted as of late, let’s take a quick look at its most recent earnings report in order to get a better handle on the important drivers.

Regions Financial reported second-quarter 2020 adjusted loss of 23 cents per share, as against the earnings of 39 cents per share recorded in the prior-year period. The Zacks Consensus Estimate was pegged at 7 cents.

Net loss available to common shareholders was $237 million compared with the earnings of $374 million reported in the year-ago period.

Results were negatively impacted by higher provisions for credit losses on increasing economic uncertainty due to coronavirus woes. Moreover, rise in expenses is a major drag. However, higher revenues aided by rising loans and deposit balances provided some respite. Notably, mortgage income and capital markets income was on the upswing.

Adjusted total revenues (net of interest expense) came in at $1.54 billion in the reported quarter, outpacing the Zacks Consensus Estimate of $1.45 billion. The revenue figure also increased 6.1% from the year-ago quarter’s reported tally.

Non-interest expense rose 7.3% year over year to $924 million, mainly due to increase in salaries and employee benefits, net occupancy, professional, legal and regulatory expenses, FDIC insurance assessments, branch consolidation, property and equipment charges, along with other expenses. On an adjusted basis, non-interest expenses were up 4.8% year over year to $898 million.

Adjusted efficiency ratio came in at 57.7% compared with the prior-year quarter’s 58.3%. A lower ratio indicates a rise in profitability.

As of Jun 30, 2020, low-cost deposits, as a percentage of average deposits, were 94%, compared with the prior-year quarter’s 91%. In addition, deposit costs came in at 14 bps in the June-end quarter.

Allowance for loan losses as a percentage of loans, net of unearned income was 2.51%, up 149 bps from the year-earlier quarter. The company’s total business services criticized loans more than doubled on a year-over-year basis.

Furthermore, adjusted net charge-offs, as a percentage of average loans, came in at 0.80%, expanding 36 bps. Provision for loan losses was $882 million, significantly up from the prior-year quarter figure of $92 million.

Regions Financial’s estimated ratios remained well above the regulatory requirements under the Basel III capital rules. As of Jun 30, 2020, Basel III Common Equity Tier 1 ratio (fully phased-in) and Tier 1 capital ratio were estimated at 8.9% and 10.4%, respectively, compared with the 9.9% and 11.1% recorded in the year-earlier quarter.

During the April-June period, Regions did not repurchase shares, though announced $149 million in dividends to common shareholders. Notably, the company has suspended share buybacks through the year-end 2020, following the “unprecedented challenge” from the coronavirus pandemic.

Management expects third-quarter NII to decline 1.5-2.5% sequentially, mostly from the normalization of line activity that was elevated in the second quarter. Excluding loans under Paycheck Protection Program and excess cash liquidity, core net interest margin is expected to be in mid-to-high 330 bps.

Mortgage is expected to remain a strength in the consumer bank for the remainder of the year. Further, on assumption that the current level of spending persists, management expects consumer service charges and card & ATM fees to reduce $10-$15 million per month from pre-March levels.

Consumer deposits are expected to decline in the second half of 2020, as consumers would make tax payments, increase spending commensurate with improvement in the economy and the current round of federal unemployment benefits expires at the end of July.

Over the coming quarters, the company expects deposit costs to further decline to historical lows.

Management does not anticipate substantial reserve builds throughout the remainder of 2020. Also, net charge-off levels for the remainder of the year are expected to be consistent with the second quarter.

In three-year period, Regions expects to deliver adjusted return on average tangible common equity of 18-20% by 2021 compared with 15.59% in 2018. Also, adjusted efficiency ratio of 55% or lower is expected, which is below 59.3% reported in 2018. Further, in both the cases, Regions plans to achieve positive operating leverage.

Firstly, Regions plans on taking advantage of its existing strength in areas such as customer focus, markets, team, culture and risk management in order to establish presence in key growth markets like Atlanta, Houston and Orlando. Further, it intends to hire professionals such as corporate bankers, wealth management professionals and mortgage loan originators to better serve and meet clients needs.

The company plans to generate funds for these investments with help of its Simplify and Grow continuous improvement approach that it introduced in 2017. These initiatives aim at making banking easier for customers, simplify processes and drive profitable long-term growth.

Further, Regions is making efforts to reduce costs related to third-party spending through strategic sourcing and vendor selectivity. It anticipates annual cumulative savings of nearly $60 million between 2018 and 2021.

For the next three years, the company disclosed plans to pilot voice banking capabilities and expand its use of artificial intelligence for both customer-facing and back-office applications. Additionally, Regions is investing in technology to provide serve customers better and enhance credit risk management, as well as a variety of other internal processes across the company.

How Have Estimates Been Moving Since Then?

It turns out, estimates revision have trended upward during the past month. The consensus estimate has shifted 21.05% due to these changes.

Currently, Regions Financial has a subpar Growth Score of D, however its Momentum Score is doing a bit better with a C. However, the stock was allocated a grade of A on the value side, putting it in the top quintile for this investment strategy.

Overall, the stock has an aggregate VGM Score of C. If you aren’t focused on one strategy, this score is the one you should be interested in.

Estimates have been broadly trending upward for the stock, and the magnitude of these revisions looks promising. Notably, Regions Financial has a Zacks Rank #4 (Sell). We expect a below average return from the stock in the next few months.

Want the latest recommendations from Zacks Investment Research? Today, you can download 7 Best Stocks for the Next 30 Days. Click to get this free report

Mon Aug 17 , 2020
Master blockchain with this cheap online course TL;DR: The Mega Blockchain Mastery Bundle is on sale for £29.81 as of August 17, saving you 97% on list price. Cash isn’t necessarily king anymore. You’ve probably heard that cryptocurrency and blockchain technologies (which power things like Bitcoin and Ethereum) aren’t going […] 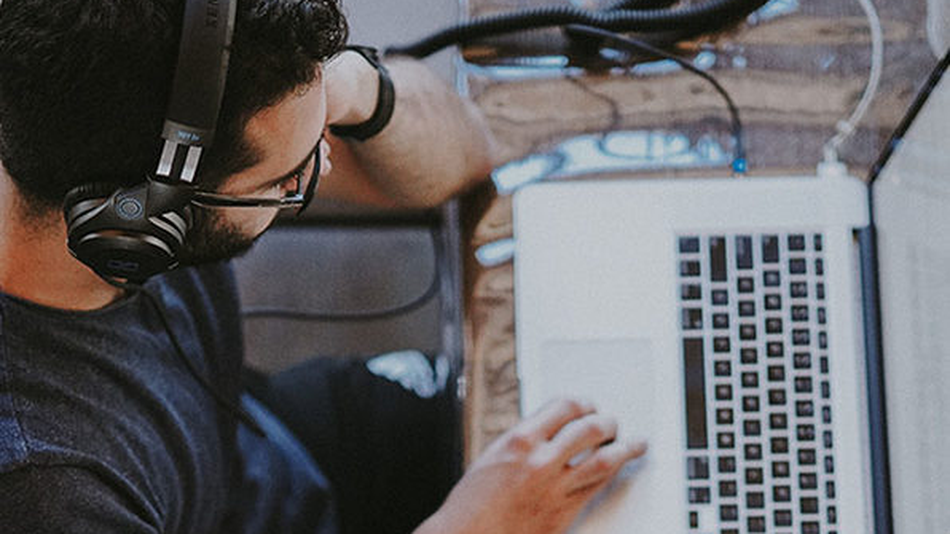