Paris Fashion Week will venture online next week aided by a host of tech and media partners, including Launchmetrics, YouTube and Instagram, WWD has learned.

Both sites will feature spaces reserved for professionals, but are accessible to the general public in order to capture a wide audience.

The platforms are headlined by official calendars, where videos will be unveiled at scheduled times and can be viewed again following their initial broadcast.

“To us, creativity is the driving force and the core of all our attention and efforts,” said federation president Ralph Toledano. “The difficulties that designers have to face in this period make it even more necessary to find new ways of expression.”

The platforms will also feature  conversations, concerts and cultural visits, some reserved for professionals, and be grouped under one section, while another segment will be dedicated to the weeks’ official partners: DEFI, L’Oréal Paris and DS Automobiles.

Visitors to the sites can learn more about the participating houses and designers via a corporate space that “will be partially accessible to all and partially reserved to professionals,” according to the federation.

Finally Sphère, a showroom dedicated to young brands, will also be held online and hosted on the men’s Paris Fashion Week official platform. The federation noted that it partnered with the B2B sales platform Le New Black and with Grand Shooting for processing imagery for the virtual showroom.

To bolster traffic, the federation said it forged partnerships with YouTube, Google, Instagram and Facebook. Particulars of the deals were not disclosed. For China, it partnered with Hylink, a major Chinese communications agency that will engage with the most important Chinese social networks.

Additional partnerships were struck with France’s Canal + Group for an events channel, and with The New York Times, which is to broadcast videos in a dedicated space on its web site. Radio Nova is to help animate editorial content and events, while participating cultural institutions include the Musée du Louvre, Palais de Tokyo, Musée des Arts Décoratifs, Musée de la Mode de la Ville de Paris and Théâtre du Châtelet.

An online version of Paris Couture Week is set for July 6 to 8, while the digital showcase for the men’s collections for spring 2021 is to follow from July 9 to 13. The calendar of couture shows was published by the federation late Monday.

Schedules for the two digital fashion weeks are to be released shortly.

Men’s Fashion Week in the French capital has been gaining momentum in recent years, the schedule bulging with buzzy designers from London and the U.S., in addition to marquee heritage houses such as Louis Vuitton, Dior, Berluti and Hermès.

Once the men’s event in Paris wraps up, Milano Digital Fashion Week takes over from July 14 to 17. It is to showcase spring 2021 men’s collections in a smorgasbord of online formats, together with women’s and men’s pre-collections for next spring.

Paris has traditionally been the last fashion week for men’s and women’s collections in Europe, with London and Milan preceding it. Couture week is traditionally scheduled after Paris Fashion Week men’s, but the entire international calendar has been in flux due to the coronavirus pandemic.

In late March, the Fédération canceled the summer runway shows in Paris. Men’s fashion week had been scheduled from June 23 to 28 while the haute couture shows were originally slated for July 5 to 9.

Megabrands and independent designers alike have been grappling with how to replace physical runway shows, long the dominant model for unveiling new collections.

But Paris Fashion Week for women’s wear will take place this fall with physical shows, augmented by a digital platform, the federation said last week.

The spring 2021 women’s wear fashion week will be held from Sept. 28 to Oct. 6 and “will comply for its implementation to the recommendations of public authorities,” the Fédération said, adding that “its organization will be completed by the platform set up for Paris Fashion Week online.”

Gucci, Saint Laurent and Michael Kors have indicated they will not take part in Milan, Paris or New York fashion weeks, respectively, while Burberry revealed it would stage an outdoor presentation on Sept. 17 and broadcast it online. Fendi plans to kick off Milan Fashion Week on Sept. 22 with a show at its headquarters in Rome with guests and a digital element.

'How the hell are we going to do this?' The panic over reopening schools

Sat Jul 4 , 2020
Pediatricians say schools should strive to bring kids back to classrooms. Teachers unions are on the verge of revolt, in fear of infections. Local school districts are struggling with everything from technology to staging schools for socially distanced learning. And Education Secretary Betsy DeVos is largely on the sidelines, saying […] 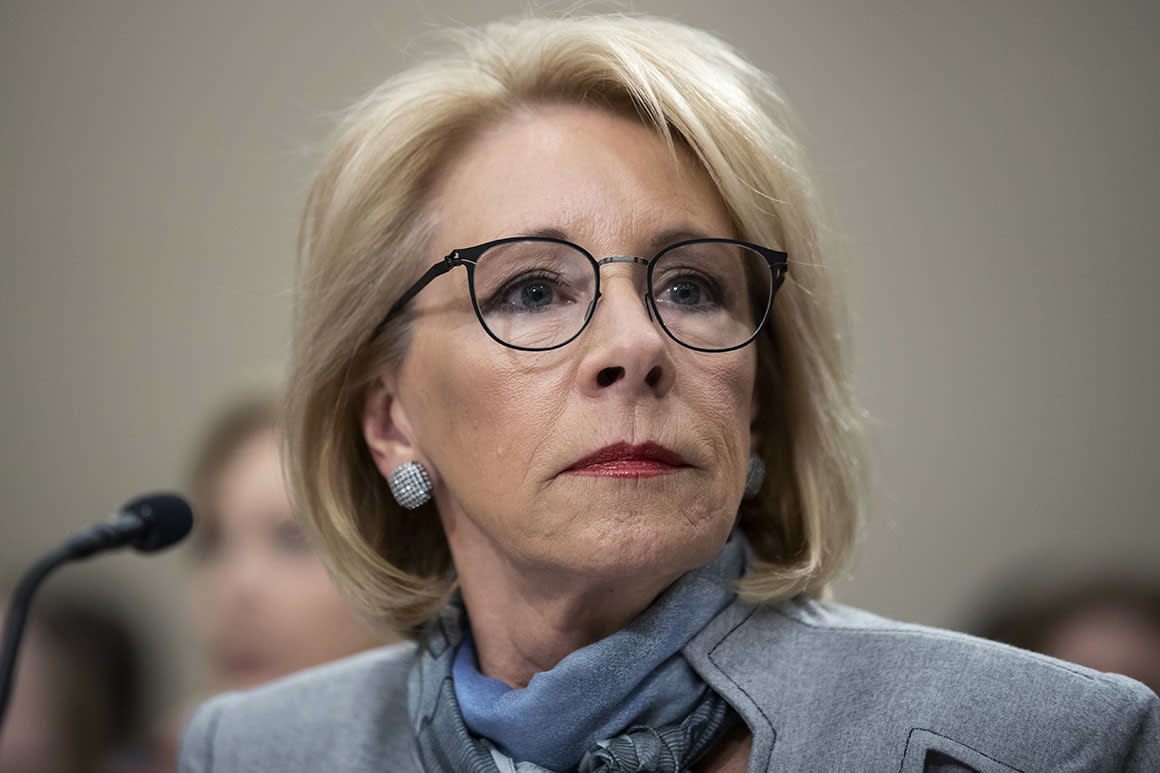