DETROIT – Tuesday’s primary was a Michigan election like no other.

Though the overall turnout appeared strong for a primary, the precincts themselves were mostly quiet throughout the day and as the 8 p.m. time for polls to close approached.

Instead, any frenzy took place in nearby rooms where crews of poll workers hustled to count record numbers of absentee votes.

Many of those who did show up at the polls – amid a coronavirus pandemic and after Michigan’s 2018 approval of no-reason absentee voting – said it was because they felt most certain their vote would be counted if they stuck the ballot into the box themselves.

“I don’t know what happens when it leaves my hands. At least here it’s going through the machine, and I know my vote is counted. So I feel a little more secure voting in-person.”

Masks – not required for voters but strongly recommended – were more prevalent than “I voted” stickers.

Hand sanitizer, plastic sneeze guards, gloves, and frequent cleaning of voting booths were among the other new features at various precincts.

Clerks were improvising as needed to keep people safe, said Jake Rollow, a spokesman for the Michigan Secretary of State’s Office. For example, at one polling place where voters used to enter and exit through either door, election workers designated one door as entrance only and the other for use as an exit, he said.

A few polling places were short of election workers after some workers did not show up as expected, and at least three Detroit polling places and one in Flint opened an hour or two late as a result, Rollow said. About 50 workers were sent Tuesday morning to shore up staffing at metro Detroit precincts.

But generally, reports from around the state were that voting went smoothly amid light turnout at the polls, plenty of social distancing, and no lines to vote.

Most who opted to vote absentee reported no problems with that process either, according to a survey of Michigan voters conducted through a Free Press partnership with Columbia Journalism Investigations at New York’s Columbia University and the PBS series “Frontline.”

“The process was just so simple,” said Jo Vizzaccaro of Livonia, who voted absentee for the first time after having an application sent to her home, as Secretary of State Jocelyn Benson did for all Michigan voters, and who was among the hundreds who responded to the online survey.

“I always wanted the experience of going up to the polls to see my neighbors,” but made the switch because it was so easy, in addition to coronavirus concerns, said Vizzaccaro, who works in information technology at a Detroit hospital.

Michigan has about 7.8 million registered voters.

Benson’s decision to send absentee ballot applications to all registered voters, which drew praise from voting rights advocates but criticism from many Republicans, including President Donald Trump, resulted in requests for close to 2.1 million absentee ballots.

More: Trump backtracks on his condemnation of mail-in voting, says Florida is an exception

More: ‘It is what it is,’ Trump says of rising coronavirus death toll as he insists outbreak is ‘under control’

About 475,000 of those ballots had yet to be turned in by late Tuesday afternoon. Analysts said many voters may have requested the ballots thinking of the Nov. 3 vote and then opted not to fill them out and turn them in when they found that contests – or any competitive statewide races – were not to be found.

Mother Nature may also have influenced turnout at the polls. There were periodic showers Tuesday across much of Michigan.

Still, the election featured many important local contests for positions such as members of Congress, state representatives and county prosecutor.

More than 3,000 people registered to vote on Tuesday, officials said. Same-day voter registration, along with no-reason absentee voting, were among the changes voters approved in 2018.

In Lansing, City Clerk Chris Swope was supervising two rooms of about 50 people working to count more than 17,000 absentee ballots. They had processed about 5,000 ballots through the one available high-speed tabulator by 2 p.m. Tuesday.

Workers started at 6 a.m. Tuesday and most were expected to continue straight through until early Wednesday morning, he said. It’s not realistic to expect them to continue working even further into Wednesday, as would need to be the case in November, he said.

Some were disappointed with the turnout.

“I’m just kind of upset because the turnout isn’t what I thought it was going to be. It’s after 9 and I was the ninth voter,” said Donna Row. She said she hoped that an influx of mail-in ballots this election would make up for the low turnout among those voting in person.

Row said she preferred going to her polling place rather than voting absentee. “I vote in person. I don’t pay my bills online. I’m old-fashioned. I want to see my ballot go in there and get my sticker,” she said.

Emily Vanwormer also voted in person at Grace Episcopal. She requested an absentee ballot but it never came. “I wanted to vote by mail but it didn’t get to me in time,” she said. She submitted her request online but moved recently and wondered whether that was the reason her ballot never came.

She decided against it this time but applied to vote absentee in November because the line will be longer at her polling location. “November’s different,” Brown-Lloyd said.

In Sterling Heights, Majd Nashwati, 54, voted at the firehouse with his wife, Hanan Fawal.

“It’s a duty for us to vote, more than anything else to get our voice heard,” said Nashwati, who wore a mask and said, by taking precautions: “I didn’t have a reason not to do it in person.”

In Livingston County, Amy Klofkorn said she did not want to request an absentee ballot and risk it getting lost in the mail, but she was a little nervous to vote in person this Election Day. So the 55-year-old Green Oak Township resident arrived before 7 a.m. at the Hawkins Elementary School polling place.

“They have pens, and they’re putting those in a used pen pile. Everybody has face guards on. It seemed really safe,” said Kloforn, the second person to vote at the precinct Tuesday.

Green Oak Township Clerk Michael Sedlak, who visited the polling place a little before 8 a.m., said the biggest concern among his election workers was Gov. Gretchen Whitmer’s declaration that voters were not required to wear a mask.

In Pleasant Ridge, Courtney Patrick Maxwell, 25, said she voted in person because she procrastinated on mailing in her ballot and wanted to be sure her vote would be counted.

“I just felt more confident that way,” she said.

She also took a moment to snap a selfie in front of the “I voted” banner, holding hand-drawn images of her niece, Eleanor, and nephew, Lincoln, who had planned to visit her from Houston, but canceled plans as a result of the pandemic.

At Emerson Middle School in Livonia, Veronica McGhee walked proudly into the gymnasium, where more than a dozen polling booths were situated yards apart.

“I wanted to make my presence known in person, it means something to me to be able to walk in and have that ballot in my hand and to cast my vote,” said McGhee, who has lived in Livonia since 2017.

McGhee, 57, said she did not even consider filing for an absentee ballot. As a postal service employee, she is all too familiar with how backed up the mailing system currently is and didn’t want her vote to be affected.

Livonia voter Kelly Reilly Robinson said she requested her absentee ballot about two or three weeks ago, but it never came. Robinson, who has voted at Emerson Middle School for more than two decades, was struck when there was no wait time to cast her ballot.

“It’s usually significantly busier, I’m hoping people are voting by mail,” said Robinson. “It’s important to cast your ballot whether it’s by mail or in person because currently we have a real problem in our country and we need to make sure that we’re getting candidates that are going to make progress toward a more united future in our country, and even at the local level it’s important so that’s where it starts.”

Robinson said voter count is typically in the 200s by the time she has hit the school’s gymnasium in previous years. This year, she was voter number 41.

Although she and her family have been staying in, she wasn’t concerned about hitting the polls and the family has ventured out to participate in Black Lives Matter marches in the area.

“I came today because certain things are more important than the virus,” she said. “You have to get out and be as safe as you can, cast your ballot, we need to change our government.”

This article originally appeared on Detroit Free Press: Michigan Primary 2020: An Election Day unlike any other

Are they any use? With Europe's black-box coronavirus apps it's hard to tell

Wed Aug 5 , 2020
By Padraic Halpin and Douglas Busvine DUBLIN/BERLIN (Reuters) – Europe’s experiment in using technology to fight coronavirus has achieved some early successes: millions of people have downloaded smartphone tracker apps and hundreds have uploaded the results of positive COVID-19 tests. Yet most European countries so far lack solid evidence that […] 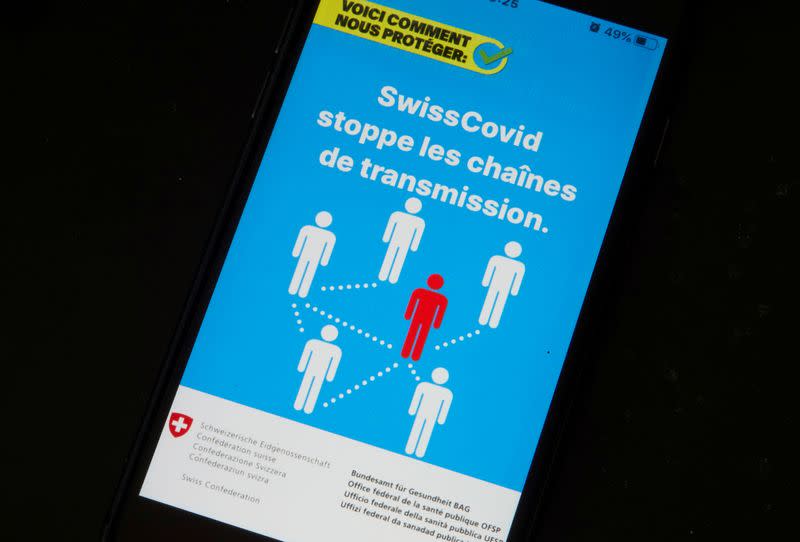