(Bloomberg) — China vowed retaliation after the U.S. forced the closure of its Houston consulate, in one of the biggest threats to diplomatic ties between the countries in decades. The U.S. government gave China three days to close its consulate in America’s fourth-most populous city in an “unprecedented escalation,” Foreign […]

(Bloomberg) — China vowed retaliation after the U.S. forced the closure of its Houston consulate, in one of the biggest threats to diplomatic ties between the countries in decades.

The State Department said it ordered the consulate shut “to protect American intellectual property and Americans’ private information,” without giving more details. At least two Chinese citizens have been convicted of stealing energy industry trade secrets in Houston in recent years. The consulate is one of five China maintains in the U.S. along with its embassy in Washington.

Asked for specifics on why the consulate was being closed, Secretary of State Michael Pompeo responded with broad remarks about China’s actions on intellectual property, saying it was “costing hundreds of thousands of jobs.”

“We are setting out clear expectations for how the Chinese Communist Party is going to behave and when they don’t we’re going to take actions that protect the American people,” he said at a briefing on Wednesday in Denmark where he was meeting the country’s foreign minister.

Futures on the S&P 500 Index dropped after China’s announcement and Treasuries edged higher, but stocks rebounded after the U.S. open, with the S&P climbing to a five-month high on positive earnings news and reports of progress in combating the Covid-19 pandemic.

“So much has happened so quickly that it’s hard not to feel like this is a cycle of major escalation,” said Mira Rapp-Hooper, a senior fellow for Asia studies at the Council on Foreign Relations. “To close a consulate on 72-hours notice should be the result only of major infractions by that country and certainly signals a level of diplomatic rancor that is quite intense.”

The first signs of trouble in Houston came when police and firefighters descended on the consulate after reports that papers were being burned outside in open containers. Fires could be seen in multiple containers, with smoke rising into the sky.

Consulate closures are unusual. The U.S. ordered Russia to close its consulate in San Francisco in September 2017, allowing the country to relocate staff based there to other diplomatic outposts in the U.S. The move was part of a tit-for-tat with Moscow over tougher sanctions passed by Congress.

“This sort of incident has been very rare — it often happens when the relations between two countries are really, really negative,” Li Mingjiang, an associate professor with the Nanyang Technological University’s S. Rajaratnam School of International Studies. “If China wants really to hit back hard, it could target the U.S. consulate in Hong Kong.”

The U.S. has clashed with China over everything from trade and 5G networks to territorial disputes and responsibility for the pandemic. On Tuesday, the Justice Department accused two Chinese hackers of working for Beijing to steal or try to steal terabytes of data, including coronavirus research, from Western companies in 11 nations.

Typically, China would be expected to take similar action against a U.S. consulate. Besides the U.S. Embassy in Beijing, China could target consulates in the cities of Chengdu, Guangzhou, Shanghai, Shenyang and Wuhan.

Closing the consulate in Hong Kong would not only curb Washington’s influence in the former British colony, where pro-government officials have accused the U.S. of secretly supporting democracy activists, it would limit consular services for thousands of Americans who live there.

While U.S.-China ties have suffered in recent years, the trend has been toward expanding ties since the two sides formally established relations more than four decades ago. But since a “phase one” trade deal was established in early 2020, that comity had collapsed.

Pompeo has issued statements railing against Chinese actions on an almost-daily basis in recent weeks. On Tuesday the Trump administration accused two Chinese hackers of working for Beijing to steal or try to steal terabytes of data, including coronavirus research, from Western companies in 11 nations. China rejected the charges.

The two nations have also been bickering over Chinese demands to control the Covid-19 testing — possibly gaining access to DNA samples — of returning American diplomats who left the country in the early days of the coronavirus outbreak centered on Wuhan, several people familiar with the matter told Bloomberg News last month.

A State Department spokesperson said China had increased the scale of spying and influence operations over the past few years. That has included interference in domestic politics, stolen intellectual property, coercion of business leaders and threatening the families of Chinese Americans in China, the spokesperson said.

China accused the U.S. of harassing diplomatic staff and intimidating Chinese students, confiscating personal electrical devices and detaining them without cause. In the statement, China said “infiltration and interference is never in the genes and tradition of China’s foreign policy,” without referring to anything specific.

“China strongly condemns such an outrageous and unjustified move which will sabotage China-U.S. relations,” Wang said. “We urge the U.S. to immediately withdraw its erroneous decision. Otherwise China will make legitimate and necessary reactions.”

Hongjin Tan, a Chinese national who worked for a U.S. petroleum company, was arrested in late 2018 and charged with theft of trade secrets from his employer. He was sentenced to two years in federal prison earlier this year.

The showdown comes against the backdrop of the U.S. election, in which both President Donald Trump and his opponent, former Vice President Joe Biden, have pledged to do more to challenge China.

“We have seen a step change in U.S. government actions toward China over the past couple of weeks,” McArver said. “The closing of the consulate is already big news in China, so the government will need to respond.”

(Updates with market rebound in sixth paragraph and analyst’s comments in seventh paragraph.)

Wed Jul 22 , 2020
Sarita Sullivan quit her job in Washington, D.C., five years ago and moved to Baltimore to make a difference in the aftermath of Freddie Gray’s death. “I felt like I needed to do something more,” she said. She quickly fell in love with the city, living in Mount Vernon and […] 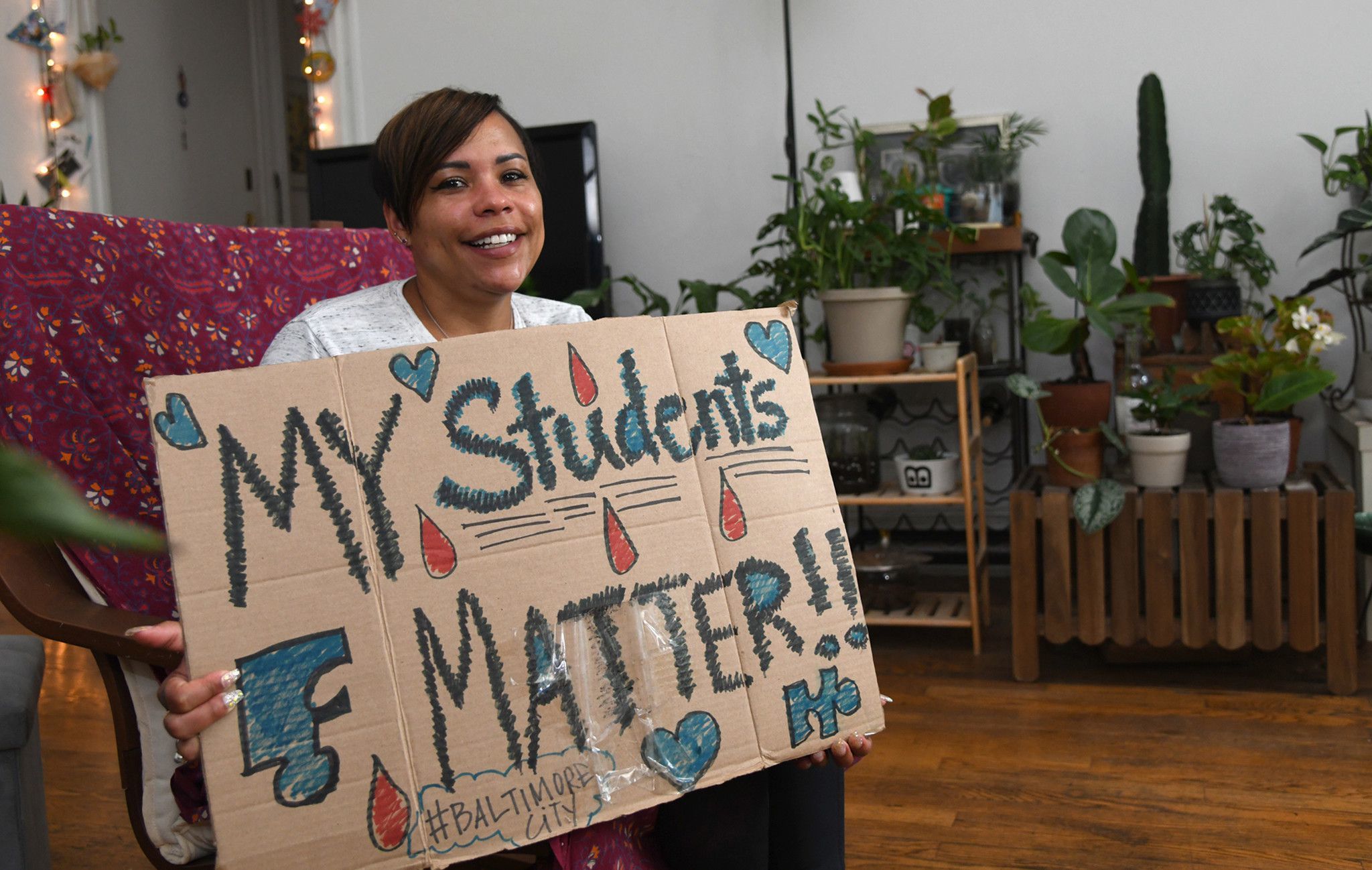