People walking in Shanghai China appears to be recovering well from the coronavirus-induced economic slump. Shaking off its 6.8% contraction in the first quarter resulting from the pandemic lockdown, the Asian economic giant’s economy is picking up faster than Europe and the US. Indeed, the Shanghai Composite Index rose 5.7% to a […]

China appears to be recovering well from the coronavirus-induced economic slump. Shaking off its 6.8% contraction in the first quarter resulting from the pandemic lockdown, the Asian economic giant’s economy is picking up faster than Europe and the US. Indeed, the Shanghai Composite Index rose 5.7% to a two-year high on July 6.

Investors may find attractive opportunities in the tech sector. These Chinese tech heavyweights have global ambitions and are turning up the heat in the fight for global dominance as they take on their American rivals. They enjoy favourable government policies and lax regulation and are beneficiaries of the growing affluence amongst China’s middle class.

Chinese e-commerce juggernaut, Alibaba (BABA) is the world’s largest online and mobile commerce company that operates online marketplaces, including Taobao and Tmall. China accounted for 68% of revenue in 2019.

Taobao and Tmall rang up gross merchandise volume of CNY 5.7 trillion (£629 billion) in the year ended March 2019: this is more than Amazon and eBay combined in the year of 2018, representing a significant portion of China’s CNY 8 trillion (£883 billion) online shopping industry, based on data from iResearch.

“Alibaba is a big data-centric conglomerate, with transaction data from its marketplaces, financial services, and logistics businesses allowing it to move into cloud computing, media/entertainment, and online-to-offline services,” says Morningstar equity analyst, Chelsey Tam, who puts the stock’s fair value at US$263 (£202.8). Despite recent macroeconomic uncertainty due to Covid-19, he thinks the company is well placed to benefit from the growth of China and Southeast Asia’s digital commerce industry.

Tencent (TCEHY) is a Chinese internet giant whose businesses include communication and social networks such as WeChat and QQ, which have more 1.2 billion and 600 million active users respectively each month. Furthermore, the firm’s payment solution, Tenpay, enables closed-loop transactions in Tencent’s ecosystems.

China’s answer to Google, Baidu (BIDU) is the largest internet search engine in the country. The technology-driven company, which generates 86% of revenue from online marketing services, has been investing in AI technology, particularly autonomous cars.

The wide moat firm has built “an ecosystem around search and has successfully shifted to mobile internet by releasing various well-received mobile apps,” says a Morningstar equity report. “Baidu has built up a network effect and a positive feedback loop in its search business by leveraging its significant search traffic on both PC and mobile devices,” says Tam, who pegs the stock’s fair value at US$191 (£147.3).

The largest social media platform in China, Weibo (WB) boasts 392 million monthly active users, mostly drawn there by the millions of key opinion leaders in entertainment, sports, and business circles. The company generates revenue from advertising on its platform.

“That Weibo has been improving the content ecosystem and the strong presence of celebrities and key opinion leaders on it is a differentiator,” says a Morningstar equity report. The social media platform has created a network effect between the users, who benefit from the opportunity to grow and monetise their followers.

Tam puts the stock’s fair value at US$45 (£34.80) for its competitiveness, which is built on the network effect created by millions of active users that make it China’s largest social media company.

This article originally appeared on morningstar.ca

3 Reasons Behind the Recent Bounce in Bitcoin: ETFs in Focus

Wed Jul 29 , 2020
Finally, Bitcoin has got back its days.The cryptocurrency is now hovering below the $11,000 mark, representing a year-to-date gain of 57.3%. In fact, the cryptocurrency has skyrocketed about 122% since this year’s low touched on Mar 16. With the current pricing, Bitcoin is edging toward the one-year high of $11,956 […] 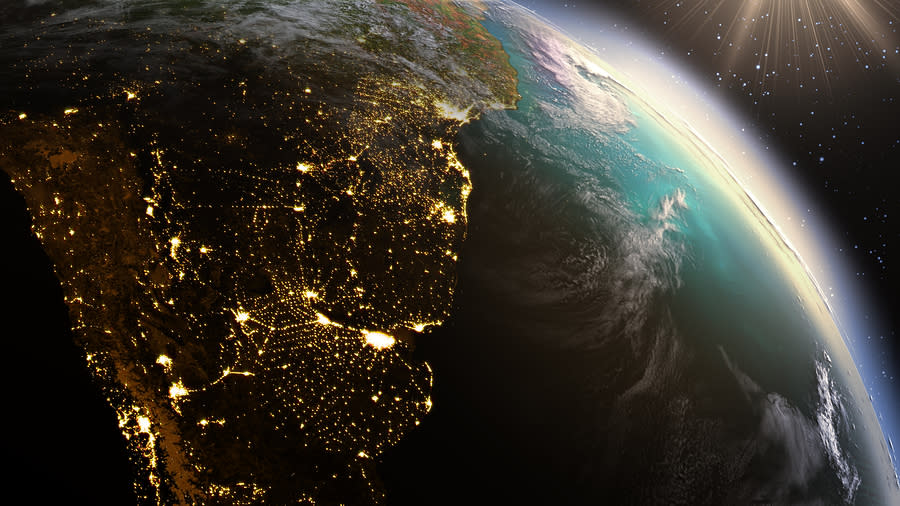