This article was originally published by Matthew Guay on Capiche, a secret society for SaaS power users, building a new community of people who care about software to make the SaaS industry more transparent, together.

300,000 people are on Superhuman’s waitlist, while 95,000 requested a Hey invite before it launched—both in pursuit of a more productive email experience. Enough people paid Roam Research from $15/month to $500 for 5 years that they hit $1 million in ARR only 6 weeks after launching paid plans.

Give people a new productivity tool, and they’ll show up in droves. And woe betides if you take it away. There were more Hacker News comments about Microsoft shutting down Wunderlist than about any other thing the to-do list app had ever done.

Something entices us about productivity software. Not that most of us directly measure our productivity enough to know whether something actually makes us more productive. But with ever-growing to-do lists and inboxes nowhere close to zero, attaining peak productive tantalizes the imagination. Surely that new app will be the one to make us productive.

“Capital cannot be substituted for labor. Nor will new technology by itself generate higher productivity,” wrote management consultant Peter Drucker in 1991. Time hasn’t proven him wrong.

In pursuit of productivity

When we say we want to be more productive, enough to switch tools and workflows, we’re wanting to get more done, feel more accomplished at the end of the day.

More on its own, though, isn’t enough.

“To really improve productivity, you first have to … understand what work actually drives value,” wrote Ryan Fuller in HBR. Former Y Combinator president Sam Altman agrees: “Picking the right thing to work on is the most important element of productivity.”

It’s not in answering every email, or checking off the most tasks. Its in answering the emails that need replies, focusing your to-do list on the tasks that really need done. And no software can do that for you.

“There’s Productivity in its true, perfect form. It’s an elusive ideal to strive for, one that involves both quantity and quality,” wrote @osbennn in a recent Capiche discussion about productivity. “And then there’s #productivity, the over-obsession that people and organizational structures often have with measurable output.”

And #productivity is far easier to focus on than Productivity.

The real job to be done

When Drucker analyzed productivity nearly 3 decades ago, “splintered attention is more and more the norm” he wrote even then. It was the tasks we assign today to #productivity software that he saw as the enemy of true productivity.

Nurses spent only half their time doing the tasks they were trained to do—and the remainder doing administrative tasks. Salespeople spent more time entering data in computers than talking to potential customers. Professors spend time in committees and meetings rather than lecturing and researching.

“It is job impoverishment,” lamented Durker. “It destroys productivity.”

A better to-do list for nurses’ administrative tasks, or a better notes app for professors’ meetings would be a best a minuscular boost to their productivity, at worst make them spend more time doing work about work instead of actual work.

“The cure is fairly easy,” he prescribed: “Concentrate the work on the task.”

The true productivity software are the tools for your job

And that is where technology and software can help, albeit perhaps not the software typically called productivity software.

Better productivity software won’t make one a more productive photographer, for instance. A camera that leads to fewer missed shots might, though, as would photo processing software that works faster.

A better email app might make a salesperson or support team member faster at landing and helping customers. Text expanders might make replying faster, better documentation tools might cut down on emails in the first place. For everyone else, inbox zero might be a pursuit of merely #productivity.

The real productivity software is better tools for your core work.

When you spend hours a day on the thing you trained to do, better tools should help you do more in the same amount of time. That’s real productivity—not #productivity.

“Productivity isn’t a goal, it’s a byproduct,” said @qthdh in the Capiche discussion about productivity. “And the more you think about it the less you are actually living it.”

Software to remove the busywork

That’s the genius of Google Docs, Figma, GitHub, and other modern creative software—and even better notes and email apps, the Roam and Superhumans of the world, for those who need them most. They gave the software we use to create things superpowers, turned them into positional software we’d want to use. By building a better version of software we use to write and design, then adding collaborative features, they save time and help us get more done. They reduced the amount of time we spend working about work—copying and pasting, emailing files back and forth for revisions, and merging final copies—and let us instead focus on our core job. That’s how modern SaaS has brought the most productivity gains, by freeing us from the additional tasks that computers so often add.

The to-do lists and notes apps and everything else classified as #productivity tools can still help, if you use them to prioritize, and if their core features are crucial to your actual work. But the tasks and notes aren’t the work—and better tools to manage them will, at best, help your busywork.

“I’ve learned that I can’t be very productive working on things I don’t care about or don’t like,” wrote Altman. No one likes feeling behind, enjoys the dread of missed deadlines and overdue replies. So perhaps it’s that fear of facing those things we enjoy least, the work about work, that make us seek out #productivity tools to replace email apps and to-do lists we’re tired of reminding us we’re behind. What we actually need to do is prioritize and focus on the work we set out to do.

Inbox zero might only matter if there’s nothing more important to do.

@DepopDrama Is Where Fashion And Meme Culture Collide

Thu Aug 6 , 2020
Photo credit: Getty Images From Esquire It started with with an argument over £30. In October 2018 the Instagram account @depopdrama posted an exchange between a buyer and seller on the fashion retail platform Depop. The seller responded to the meagre offer with ‘are you joking’, the buyer countered with […] 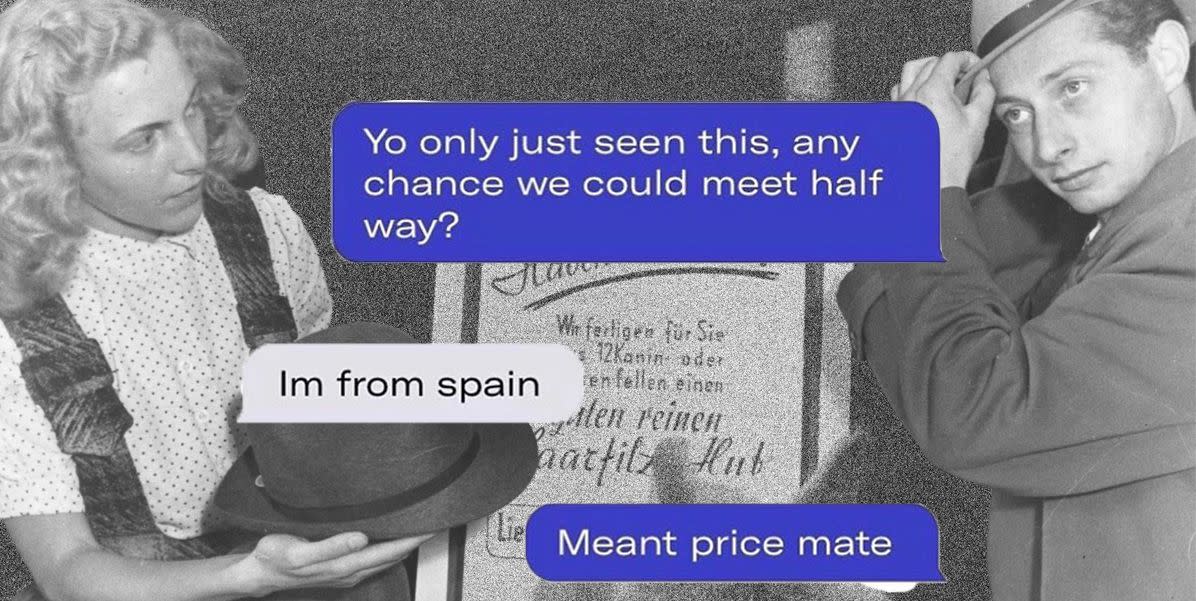